DELIVERY IS POSSIBLE IN TWO OPTIONS:
– DOWNLOAD WITH GOOGLE CLOUD – 0-3 DAYS,
– USB FLASH DRIVE BY MAIL – 14-45 DAYS – DEPENDS ON THE RANGE OF YOUR COUNTRY AND CUSTOMS RULES.
BY BUYING A PRODUCT YOU WILL RECEIVE:
– SCAN OF DRAWINGS FOR BUILDING YOUR PLANE,
– MANUALS,
– PHOTOGRAPHY AND VIDEO.
DELIVERY IS FREE.
THANK YOU FOR YOUR PURCHASE.
Category: PLANS AND MANUALS Tags: PLANS AND INFORMATION SET FOR HOMEBUILD AIRCRAFT, ZENITH. ZODIAC .CH-650

The CH 601 XL / CH 650 family of airplanes are a delight to fly. Simple and easy to fly with a great view and they are very comfortable for long flights. The airplane is very strong and it is backed by a company that has been around for a very long time.

We recently had the chance to give Steve Flattum the opportunity to test fly our factory demonstrator Zodiac CH 601 XL B (upgraded model). Steve flies for one of the major US airlines and has logged more than 20,000 hours. More importantly though, he has a passion for light aircraft, and he has flown more than 100 types of aircraft (from ultralight to supersonic) and performed more than 20 first flights. He holds a professional pilot degree and is a Certified Flight Instructor, Certified Instrument Instructor, Certified Multi Engine Instructor, Airline Transport Pilot, Aerobatic Instructor, Mountain Instructor, Tailwheel Instructor and is Airshow Formation Certified. In his spare time, Steve enjoys being an EAA Flight Advisor and giving dual instruction in experimentals and performing first flights in kit airplanes. This was Steve’s first opportunity to fly and to flight test our Zodiac:

I was invited to Zenith Aircraft Company in Mexico Missouri to evaluate the upgraded ZODIAC CH 601 XL-B (designated with the letter B to signify that it was upgraded) . I was greeted by Sebastien Heintz and Roger Dubbert. I received a tour of the factory, which was more substantial than I had imagined. They had some really large and sophisticated equipment for manufacturing the kits.
After the tour Roger took me out to the airplane for some familiarization. One thing that I was pleasantly surprised to learn was that two average sized adults can stand on the rear steps at the same time and the airplane will not tip on its tail unlike similar low wing LSAs. I was given a short intro flight in the 601. We were back on the ground only 15 minutes later because it was so easy to fly. I was ready to take it up by myself for some testing.
After reviewing the aircraft paper work and weight and balance it was back out to the airplane to do some testing and have some fun. The preflight was nothing out of the ordinary. Entry is very simple because the wing is rather low. Latching the canopy was a little awkward but I understand that the new CH 650 model, which has replaced the CH 601 XL, has improved on this with the new canopy system. Start up is very easy with no mixture on the Jabiru 3300 6 cylinder air-cooled engine. Just flip the master on and turn the key. The Jabiru is very smooth: I am very impressed. Taxi out is easy with the direct link steering and toe brakes. Maneuvering around the airport is made simple because the airplane has a very short turning radius and a great view out of the bubble canopy.
The run up is standard and basic. With everything in the green it is time to go. Takeoff acceleration is strong with the 120 hp Jabiru. I did not use more than 300 ft with the slight headwind. The airport is at 823 ft msl and it was rather warm at 83 degrees and I still saw 1000 fpm at my weight. In cruise I was impressed with several things: The semi- reclined seating is very comfortable, this will be very nice for long cross country flying. The baggage area is quite a large area for only two people. The view out of the bubble is nothing short of fantastic. I liked the left hand throttle and right hand on stick. The right seat occupant has a separate throttle also. The stability was nice for cross country flying with the pitch force being light, like other LSA’s that I have flown. I measured the top speed at 7500 ft where I found smooth air. It indicated 120 mph or 138 true. Not bad for an LSA. I found the stalls to be very docile. With full flaps and power off the airplane would only mush straight ahead without any wing drop. Full power clean stalls were way nose high with a strong buffet followed by a mild nose drop again straight ahead. Just relax the stick and you are flying again. I did not even have to use my feet. Next I used a calibrated G meter for some dive tests. The airplane is very strong. I won’t give any details on how many G’s I pulled because I don’t want anybody trying this at home. I tested for flutter at various speeds. This may not sound very scientific but I used the stick bump, shake and jerk methods that are standard for flight testing. The results were impressive with no flutter characteristics observed. Let’s just say that the upgraded CH 601 XL B is a very strong nice flying airplane. You will also have one of the most thoroughly tested LSA’s (tested in several countries). I did several landings and they were a piece of cake with or without flaps.
In conclusion I would recommend a few minor things. The tested airplane has a rather high Vne of 160 mph. (Zenith’s demo aircraft was built in 2001 and has logged more than 1,300 hours as a demo aircraft.) As pilots we are allowed to be in the yellow arc in smooth air only. I would recommend that in any airplane we should not go more than half way into the yellow arc at any time because you never know when you are going to hit very bumpy air. This is a practice that I follow in all types of aircraft. I would also recommend that the pitch trim switch be relocated to the instrument panel or purchase a stick trim switch that doesn’t have flush mounted push buttons that can be activated with a very light touch. Also I would recommend that the glare shield should be flat black so that it doesn’t reflect up on to the bubble canopy and reduce your forward vision. Also paint the back of the prop for the same reason. 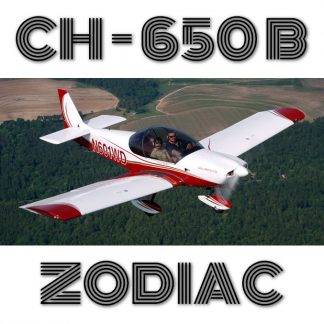